„Ceramic interpretation of natural stone“ and other fancy product descriptions

Can the stone branch undertake steps to stop plagiarism by ceramics and engineered stone? A compilation and taking stock

It’s all about consumer protection – an important commodity in the European Union (EU). Last year marked two important court rulings: In December, the European Court of Justice (ECJ) banned the use of the name „Mi Pad“ given to a computer tablet by a Chinese producer because the danger of confusion with Apple’s iPad was too great.

June had seen the highest court with jurisdiction in 28 countries ban product descriptions like „Soya-Milk“ based on the presumption that consumers associate milk with animals. Consumers could easily be led astray and assume that they were buying a milk product derived from an animal. For the same reason product descriptions, the likes of „Veggie Cheese“ must also be banned.

Based on these findings, the Italian Confindustria Marmomacchine speaking before the European Natural Stone umbrella trade organization (Euroroc) brought forth a motion to assess the rulings as precedence cases applicable to names such as „Marble“ or even „Marmo Arabescato“ by manufacturers of engineered stone.

Note that it was not Flavio Marbelli’s intention to have the products as such banned from the market but rather to put a stop to plagiarism – or, put another way – to ensure that a product bearing the name marble actually contains marble.

Euroroc has solicited expert opinion to on the subject and is counting on an assessment in spring.

We have compiled the various aspects on the subject.

Copies of material are an accompanying factor of technological advancement. A recent example is vegan leather by a US-Startup company bearing the catchy company name Modern Meadow: The basic material is derived from yeast and bears the name Zoa. It goes by the name of „Bioleather“.

High definition printing methods have allowed the ceramics industry to emulate nearly every material including wood, metal, concrete to name but a few, but, of course, also natural stone.

There is no protection against such emulated products. But plagiarism has been a thorn in the side of natural stone trade organizations for some time now albeit on a national level only.

One method of protecting the name is by means of the protected designation of origin. Brittany recently had their „Granit Breton“ registered and protected. Henceforth imported granite or granite from other regions of the country cannot be brought to market under the name Granit Breton.

Germany has a list of local stone protected albeit in Germany alone.

A similar code of protection applies in Spain (we’ll report about it).

The Italian Euroroc initiative goes one step further: The aim is to have the use of plagiarized names banned in all European countries but also to have material description like „Marble“ or „Granite“ banned altogether if the product is not the Real McCoy.

The reasoning is based on the ECJ ruling regarding Soya Milk: Just as the name is banned because milk must originate from an animal, so, too, „Marble“ must be banned for ceramic products because natural stone is not man-made.

Let us have a look at the distinct types of plagiarism.

The most obvious is the use of a natural stone name on a product made of other material. Take, e.g.: engineered stone „Nero Marquina“ by Neolith Company. The product was nominated for a Red-Dot-Award in 2017 no less. The jury was careful in wording the reasons: „Spanish marble is the inspiration for the timeless design of the Nero Marquina sintered compact surface.“ 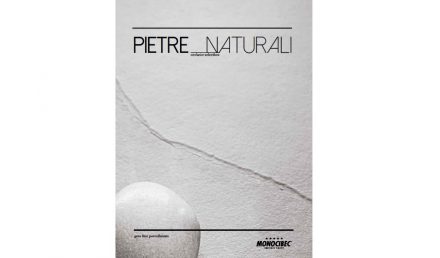 Other manufacturers of emulated material are more reticent in their choice of names merely alluding to the fact that the material is a natural stone look-alike.

In the case of Silestone engineered stone by Cosentino Group bear the names „Marquina“, „Statuario“ and „Calacatta Gold“.

Highly imaginative are the names given to the various hues: „Muschelkalk“ (Shellbearing limestone) suddenly becomes a color in the case of some ceramic tiles.

It doesn’t have to be this way: many a producer of ceramics and engineered stone has created a name especially for the product.
Cosentino is marketing the engineered stone Dekton. Whereby the name is meant to set the product apart and even above naturals stone, according to manufacturer’s claims.