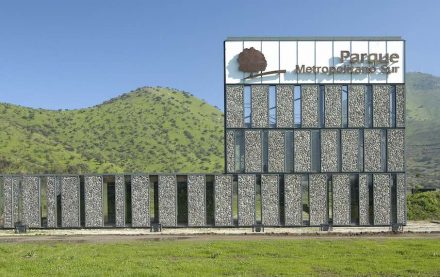 The architects of the Polidura Talhouk office have placed a striking building at the foot of the Cerros Chena mountain range in Chile: it is the entrance building to the Parque Metropolitano Sur about 30 km from the capital Santiago. The building will remain in the memory of visitors because of its strictly rectangular shape and the walls with gabions.

Both are related to the client’s wish to give the landscape park a recognizable trademark, which also reflects the special nature of the place. 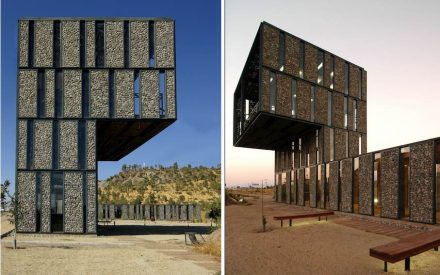 On the mountain group there are ruins from the time of the Incas. These are low walls on the hillside, where scientists have long seen the remains of a fortress, but which since the 1970s have been considered the remains of a sanctuary. 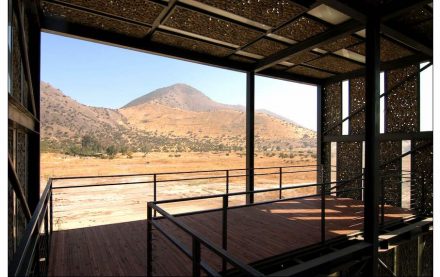 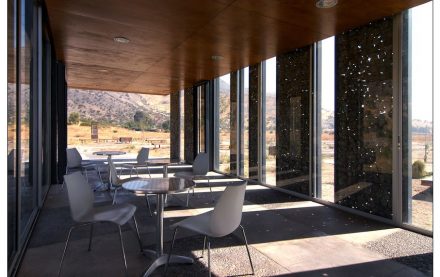 Typical for the belief of the Incas, according to the current interpretation, the walls show the division of the world into three parts and in addition an animal can be recognized, maybe a cat or a puma, as it is also known from the city of Cusco.

The architects opted for a steel framework, in whose side walls glass alternates with layers of stone. The gabions are 3 m high and 0.3 or 2 m wide.

This visually separates the building from its surroundings, but at the same time shows openness by allowing light from outside to enter through the stone walls.

The rooms are distributed over 2 floors, as a reception building and a place for events needs them.

The Cerros de Chena are strikingly located on the plain of San Bernardo. Their highest peak measures 900 m. A circular path leads to the top, from where one has a spectacular panoramic view. Not far away the Panamericana passes by. 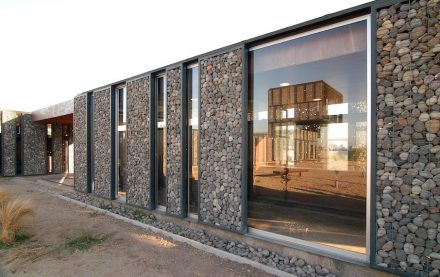 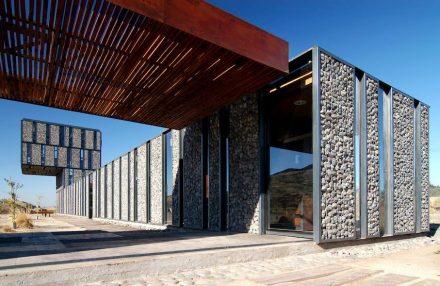 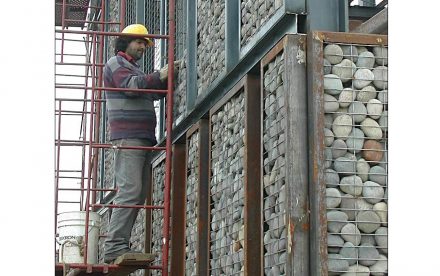 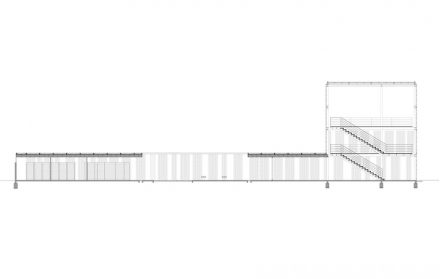 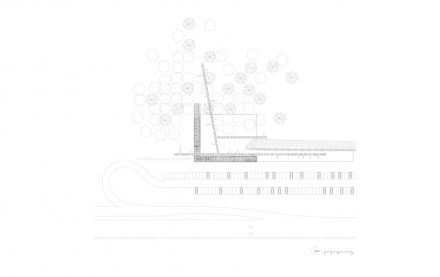