“Global Wealth Migration Review“: New Zealand could become a preferred destination for the rich and super-rich in the next 10 years 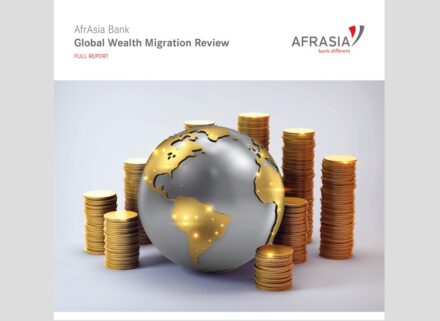 “New Zealand could become a preferred destination for the rich and super-rich in the future,“ is one of the statements in the new study “Global Wealth Migration Review“, which the market researchers of the South African company New World Wealth together with Afrasia Bank have published for the 3rd time. They analyze to what extent a country is attractive to millionaires and billionaires, because in their opinion this provides information about the economic opportunities there and also about the living situation, i.e. security in everyday life, health care, school system, etc.

With Australia, the USA and Switzerland in the top positions, there has been little change in the ranking compared to the studies of the last two years.

However, the market researchers make some interesting remarks about those countries where more rich and super-rich people are migrating than are newly arrived.

So far, the balance in China has always been positive: although many rich people moved away, the booming economy always brought many new ones. “This may change in the light of current developments,“ write the researchers, referring to the trade dispute with the USA, the protests in Hong Kong and the more difficult relations with Australia. “It is possible that China could be in for a rough few years ahead, both in terms of HNWI migration and overall wealth.“

Market researchers also see poor indicators for Turkey. The problem becomes apparent when looking back: “A decade ago, Turkey was the wealthiest country in the Middle East but it now ranks 4th in the region behind UAE, Israel, and Saudi Arabia“.

It is interesting to analyze how the rich react to the corona crisis:
* the researchers write that this group of people is also reluctant to move and that it is therefore currently more difficult than before for certain countries to persuade the rich to settle in these countries with favorable conditions (citizenship in exchange for investment). At present, it can be seen that the countries in question have already made their conditions for this much easier;
* according to the study, the countries that have best managed the crisis are New Zealand, South Korea, Australia, Malta and Mauritius, all of which are among the top destinations for the rich;
* the super-rich in particular would currently avoid commercial flights when travelling and switch to private aircraft;
* they would rather avoid the big cities as their place of residence and prefer to work in the surrounding countryside. The researchers expect London’s rich to migrate to small towns like Taplow and Marmow or to the countryside in Cotswolds;
* they could avoid large hotels and prefer to stay in small boutique hotels;
* overall, a decline in international tourism is expected, which is why luxury hotels should concentrate more on their domestic clientele.