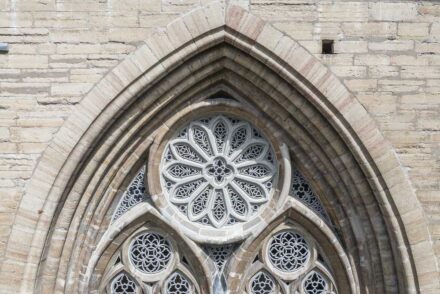 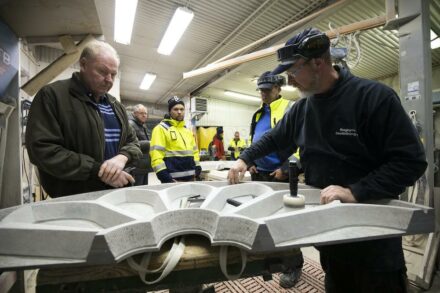 The prize is awarded for work that stands out for “aesthetics, sustainability and innovation“

The work of restorers was the focus of the Swedish Natural Stone Award in 2021: the award for, as usual, “aesthetics, sustainability and innovation“ in the handling of natural stone went to the Diocese of Linköping for its conservation of the city’s cathedral. This is the largest stone church in the country; Linköping is located pretty much in the middle of Sweden.

The award was given in recognition of the efforts made over many years to preserve or restore the substance of the 12th-century building. As a symbol, the jury awarded a prize for the replica of a 13th-century window rose window. For the work on the stone, the stonemasonry company Borghamns Stenföradling used a machine with CNC control. “Innovation comes together with tradition here,“ says Kai Marklin, president of the Swedish Natural Stone Association and annual initiator of the competition.

The original now hangs on the wall inside the church behind the altar. “This has brought us full circle,“ Marklin sums up.

The original limestone was no longer available. So, the stonemasons resorted to Borghamn limestone, which is quarried nearby and has already provided material for restorations at the Göta Canal, Alvastra Monastery and Karlsborg Fortress. 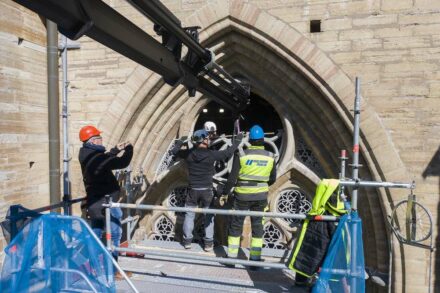 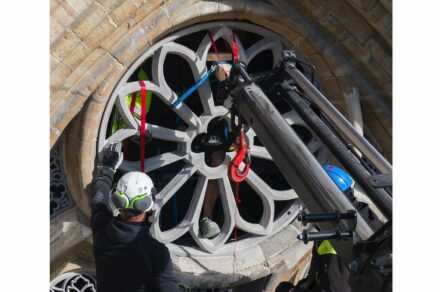 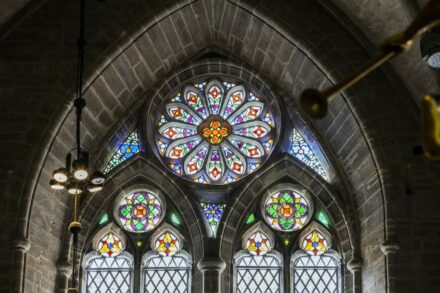 The CNC machine was in operation for around 300 hours. The new rosette was installed by the Gulberg company.

This first prize had been selected from a group of four nominations. These also included: 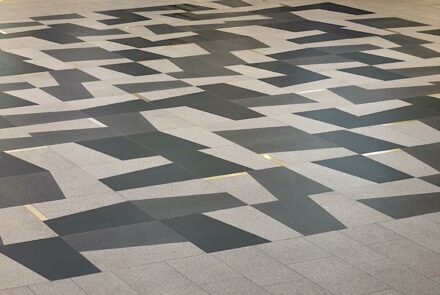 * the floor in the Nordstan shopping center in the city of Gothenborg. The design came from the architectural firm Sweco and sculptor Pål Svensson. They had created a diverse pattern with the gray granite Tossene Grå Bohus and the black Nero Assoluto and brass inlays. We will present this and the following work in more detail soon. 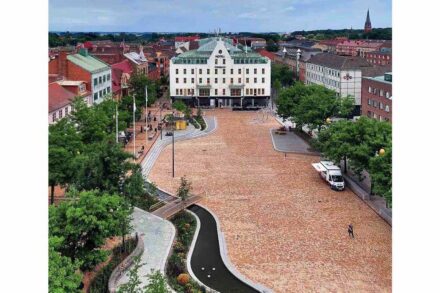 * in the city of Eslöv, the central square Stora torg had been redesigned. Formerly a rather boring area, the design was now to reflect diversity, both through different materials and colors, and through different floor levels. The natural stone gave the square “an organic framework,“ according to the documents. 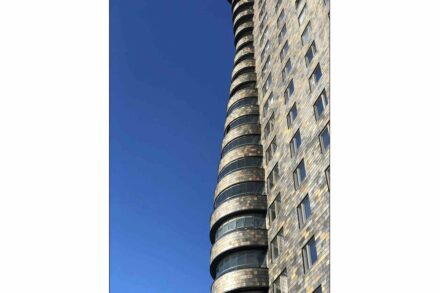 * with the high-rise building in Dalénum on the island of Lidingö, Stockholm Bay has a new landmark. 68 m (22 floors) high is the residential building. Its façade area of about 4800 m² is covered with the Norwegian slate Otta Rost, this also around the round balconies. A second building next to it has another 3500 m² of façade area. The natural stone was supplied by the company Nordskiffer. The architects were Wingårdhs Arkitektkontor They chose natural stone because they “wanted durable materials (that) age beautifully,“ as it says on Nordskiffer’s webpage. Fire protection was a special requirement. To run through all conceivable eventualities here, the slates were subjected to an elaborate fire test in 2018 and exposed to temperatures of up to 550 degrees. It turned out that the elements did not catch fire and spread the flames, nor did parts of the façade system fall from the building envelope.