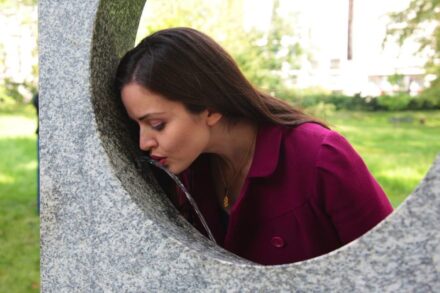 Our review article this time is about examples of stone dispensers of drinking water, which offer refreshment without commercialism

We need to clarify the terms at the beginning: this article is not about fountains in the sense of water features, but about drinking water dispensers. As usual, we show examples of such objects made of natural stone.

Perhaps in the future, there will be a large market for such street installations: in many countries that are already rich, it is getting warmer, and in some warm countries prosperity is increasing, so we can assume that more and more cities will want to offer their residents and tourists opportunities for refreshment beyond the usual commercialism. 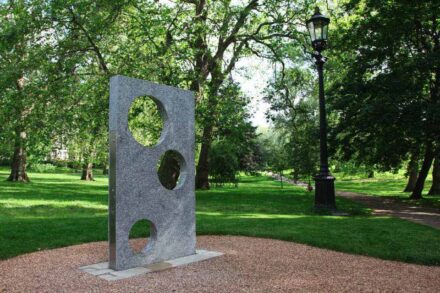 We had reported about the drinking fountains in the Royal Parks in London in 2012. At that time, a new water fountain with the beautiful name “Watering Holes“ had been put into operation, where the designers played with the normal statement of the name. In this context, we had presented numerous other fountains in the parks, which also function as visual enrichment of the green spaces.
https://www.stone-ideas.com/20935/design-let-neither-man-nor-animal-thurst/ 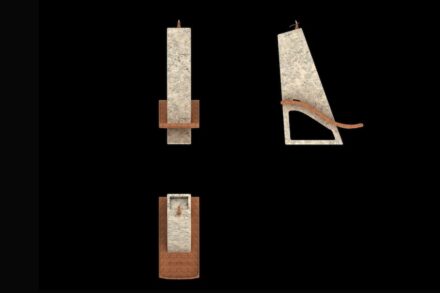 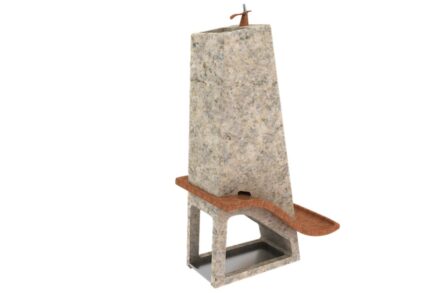 For many years, the Turkish Imib (Istanbul Mineral Exporters Association) has invited design students and professionals to think about new products made of natural stone. In 2012, Büşra Nur Güleç and İsmail Arpacı had designed the “Seblevi“ fountain, whose shape alludes to a dancing dervish. Those ancient mystics strove for harmony between man and nature, and so the two designers also thought of a place at the foot of their fountain where you can put food for the animals.
https://www.stone-ideas.com/21394/design-bicycle-stands-hotplates-and-drinking-fountains/ 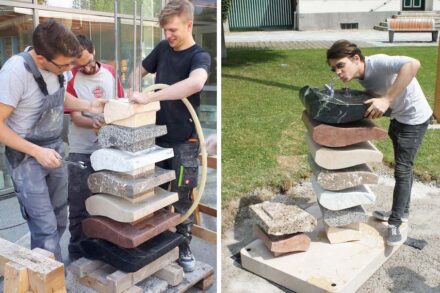 At the apprentice awards of the Austrian stonemasons in 2020 there was also a work about a fountain: the young people of a class at the stonemasonry school LBS Wals had not only designed such an object at that time, but completed it completely with pipes and spout.
https://www.stone-ideas.com/79117/apprentice-prizes-austrian-stonemasons/ 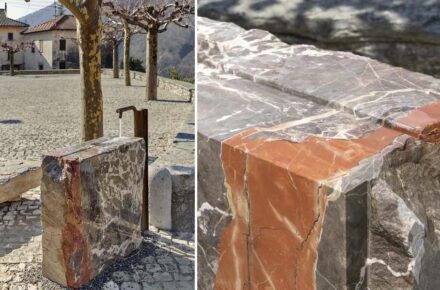 Architect Enrico Sassi created a stone fountain for the redesign of the square in the village of Cabbio in the Swiss Ticino, which is simple in form. However, the Arzo marble used, with colors you cannot get enough of, is nothing short of spectacular. Metal parts of the fountain from the old square were reclaimed for the waterspout.
https://www.stone-ideas.com/95709/enrico-sassi-cabbio-in-the-swiss-ticino/ 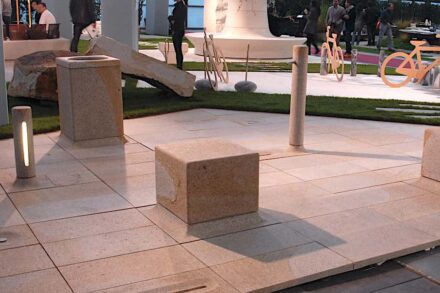 Drinking fountains are part of the everyday street materials in the countries of the South. We want to mention as an example from Italy the concept of Pio&Tito Toso for “Barena“: it includes urban pavements with different modules that can carry different functions. For example, one such function can be to provide a location for a drinking fountain. Others are gullies or containers for waste.
https://www.stone-ideas.com/16848/design-stone-for-the-verve-on-the-piazza/ 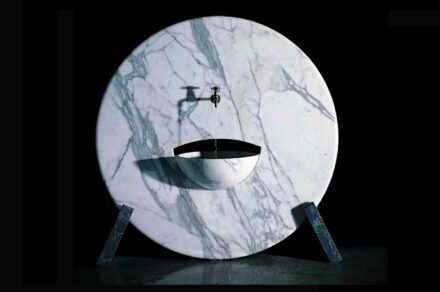 Simply “Fontana“ (Fountain) was the name of Achille Castiglione’s classical design shown again by Up Group company at the Salone del Mobile 2012. The aim was to show that “with marble, any shape is possible,“ as a press release put it. The idea is unmistakably borrowed from the old idea of the Boca della Verità.
https://www.stone-ideas.com/19766/design-ideas-for-everyday-products-in-natural-stone/

Such mostly round stone discs can be found in many Italian cities. The holes in them are cause for a variety of speculations about their former function. We give the three speculations:
* perhaps smaller discs on the streets served as inlets to the sewers;
* if they had only one (large) hole and were located on house walls, perhaps they served as a kind of mailbox;
* according to a legend of the Middle Ages, everyone loses his hand if he puts it in the hole and has a lie in mind.

In contrast, the fountains in many courtyards are almost places of peace. They contribute to the shady temperatures there the contemplative and relaxing atmosphere of trickling water, as if sitting in the shade by a murmuring brook. 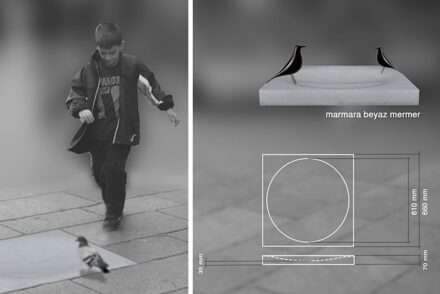 Water troughs for birds immediately come to mind. There were also ideas for them in the Turkish design competitions, such as those by Tan Nuhoğlu and Saim Emircan Dinler. They refer to watering troughs in the walls of mosques.
https://www.stone-ideas.com/84536/turkish-stone-design-competition-imib-2020/